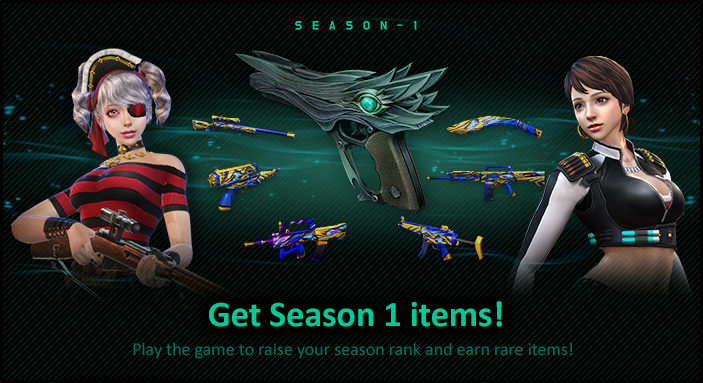 These are the items available throughout the Season 1 of 2019. It runs from January until April 2019.

The season is a new reward system that runs on a regular basis. During the mission period of the season, to finish the event, including "Season badge 'Collect' season ratings". Increasing, you can obtain a wide range of rare and reward immediately, depending on the grade.

Season ratings are participating in the mission and the events during the season, you play the game 'achievement'. Every time a season's rating goes up, you get a variety of rare rewards that can only be earned for that season. Season grades are reset at the beginning of each season.

You can earn rewards instantly based on the rank you achieve each season. When purchasing a season pass, you can earn both season pass and free rewards. Seasonal rewards are only available during the season.

Weapons that are converted into engineering magic of the unknown.

Can collect more than a certain number of post-season ratings.

It is used automatically when acquired. VVIP passes,VIP passes, cheering cubes, Emergency Medicine, or Battle Revival can be acquired randomly.