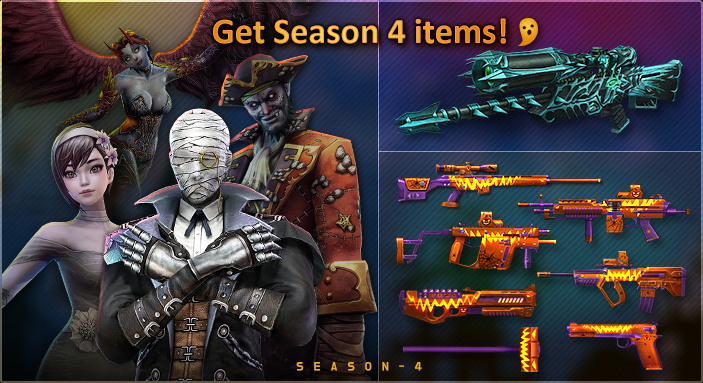 A sniper rifle with the bravery of knights on the battlefield. After landing 10 hits, the user is able to summon a ghost knight.

Asia-born Ritsuka has been growing up with civil war for many years since her youth. Dressed up as a ghost bride to celebrate Halloween.

Henry Stoner, a gun craftsman with a wealth of knowledge and know-how. Dressed up as Jack the Ripper for Halloween.

A Rusty Wing costume. You can use Angel Witch Rusty Wing. The zombie's appearance changes, but does not change performance.