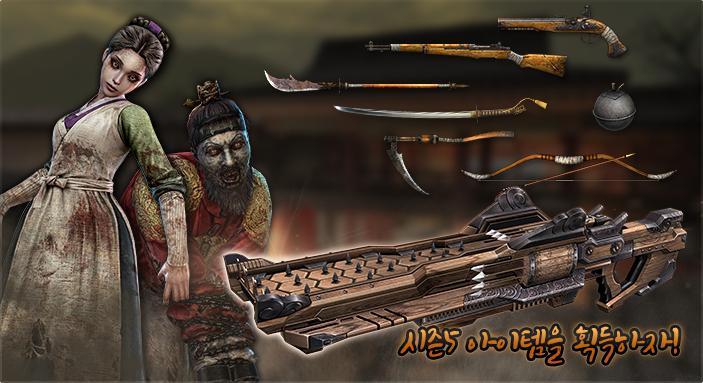 These are the items available throughout the Season 5. It runs from February 2020 until April 2020.

A weapon made to kill the undeads. With special weapons technology at the time, it is equipped with 30 rounds of arrows and devastate all enemies in front through the slash-and-burn mode.

Joseon's three sons and king's only son. However, due to the limitations of being a child of a concubine who is not a deficit, he is under the curb of a scholarship that tries to raise a child with mixed blood of Cho family.

Survivor of Jiyulheon, who came to see the medical doctor Lee Seung Hee, and acted with the prince's party. He is a member of the landing army and has a good shooting skill.

Season 5 Pass Reward Zombie Costume. You can use King Voodoo Zombies when used. The appearance of Voodoo Zombies only changes but the performance does not change.

Season 5 Pass Reward Zombie Costume. You can use the Nurse Banshee Zombie. The appearance of the banshee zombies changes, but the performance does not change. 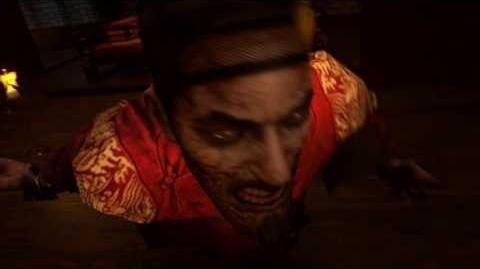 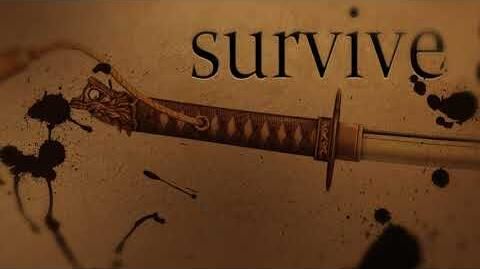