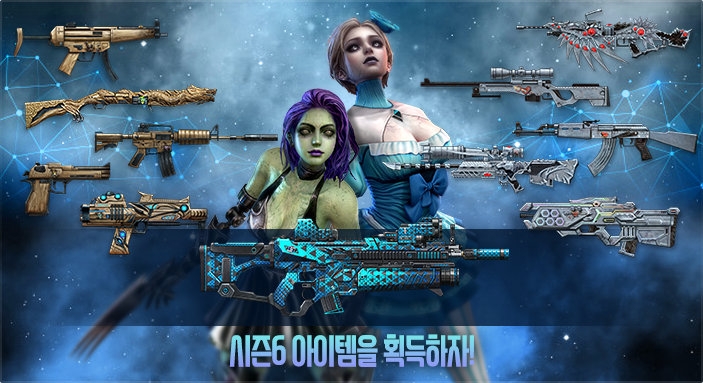 2020 Season 6 is the sixth Season Pass in Counter-Strike Online.

The theme is Wizard of Oz.

An assault rifle that uses 30 rounds of 5.56mm bullets produced by Oz Factory, which developed a tin robot based on SCAR.

This is an assault rifle that uses 35 rounds of 5.56mm ammunition produced by Oz Factory, which developed tin robots based on SCAR. There is no change in appearance, but a more powerful shooting is possible.

An assault rifle using 40 rounds of 7.62mm bullets developed with the technology of a tin robot based on SCAR. The scope can be used for precise shooting.

A fully-developed SCAR with the technology of tin robot fed with 45 rounds of 7.62mm bullets. This assault rifle's continuous shooting will speed it up. There is a grenade launcher with the power of the witch, so you can fire grenade without loading. Grenades pass through life and explode, and pierced targets take additional damage.

Season Pass 6 reward zombie costume. You can use the blonde witch Glinda Stingfinger Zombie when using it. The appearance of the Stingfinger Zombie changes but does not change its performance. [Inventory]-[Mode Only]-[Zombie Skin] ] Tab to disable or apply.

Season 6 Reward Zombie Costume. When used, you can use the Western Witch Elpava Chaser. Chaser Zombie's appearance changes, but there is no change in performance. [Inventory]-[Mode Only]-[Zombie Skin] tab You can terminate or apply. 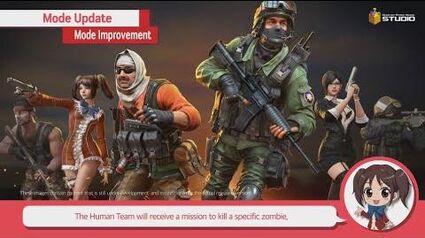