The Automag V is a .50 caliber semi-automatic pistol designed with the goal of "becoming the most ergonomic and lightweight of all the high-caliber self-loading pistols".

The BALROG-I  is a pistol based on AMT AutoMag V. It is created by Aegis Institute to combat Zombies. It is Chambered with 10 rounds of .50AE AHE. It does high damage for a pistol and equipped with a grenade launcher that can create strong explosion damage around the point of impact.

A pistol developed by Aegis Institute based on the Auto Mag V and fed with 7 rounds of .50AE. It is equipped with Thanatos Blade System which launches a special projectile that can explode upon hitting a target, reduces the movement speed and inflicts fatal damage to the enemy. 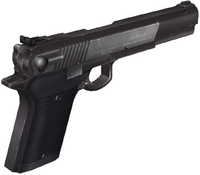 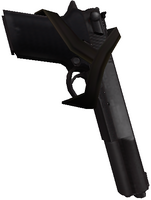 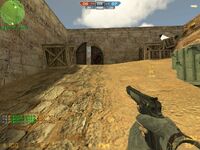 Retrieved from "https://cso.fandom.com/wiki/AMT_AutoMag_V?oldid=281976"
Community content is available under CC-BY-SA unless otherwise noted.