The AWP is a .338 caliber bolt-action sniper rifle which can perform one-shot one-kill in any range in any part of the body excepting legs. It is known as the best sniper rifle among most Counter-Strike players. It is one of the most used weapons in the Counter-Strike history due to its unrivaled effectiveness.

AWP Red is a heavy sniper rifle that is fed with 10 rounds of .338 Lapua Magnum ammunition. It has very high firepower that can kill an enemy with just one shot.

The AWP Camo is a modified AWP to suit in all kinds of battle environment. Its camouflage colors effectively blend it in the shadows. In addition, it has a significant reduction in weight.

AWP-Z is the AWP infected by Zombie virus. The user can move faster than the normal AWP in Zombie Scenario, Human Scenario and Zombie Escape modes.

Blaser R93 Tactical is a hunting rifle built by Blaser in the 1993. It is adopted as a straight-pull bolt action system and is used by several police forces and special operation forces. This sniper has level restriction to purchase due to better performance than AWP.

The AW50 is a .50 BMG anti-materiel rifle designed by Accuracy International. The stats are mainly based on Barrett M95.

The Savery uses a steam powered mechanism which promotes great destruction power and high rate of fire. This weapon also has a shorter reload time.

A sniper rifle fed with 20 rounds of .338 Lapua Magnum specially designed to battle against the zombies. By zooming in, the user can charge up the shots to deal higher damage. If in possession, the user will be granted the following buffs: 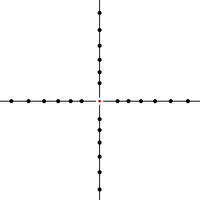