zbs64
Agent Jay is the final boss in Episode Carlito.

Agent Jay is unleashed by Douglas Jacob to destroy Carlito and his Vanguard mercenaries. She is an expert assassin equipped with a pair of dagger and specialized Uzi. Cloaked under a dark blue-black hood, she can jump and move in a very fast manner. According to her face and body skins, it is likely that she is also exposed to Z-Virus but still gain her consciousness.

Agent Jay is capable of: 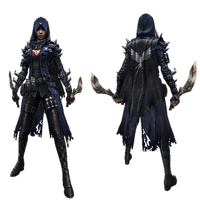 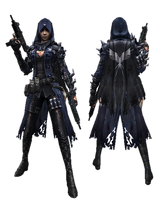