Born in Asia, Ritsuka wandered from one war zone to the next and grew in the midist of battle. She is currently under the employ of Kronos to kidnap or murder those who dare to resist the company. After being placed under heavy scrutiny due to the failed kidnapping of Choi Ji Yoon, she hid her affiliation and personally engages in mission to ensure their success. 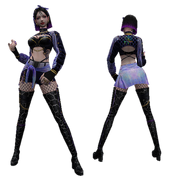 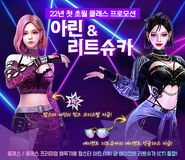 "Let's hear some screams, shall we?!"