An abounded airstrip in a jungle

Counter-Terrorists: Prevent the terrorist planting the explosives in the airstrip compound.

Terrorists: Plant the C4 inside the airstrip compound and destroy the fuel and cargo areas.

Other Notes: There are 2 bomb points in this map. 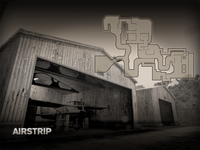 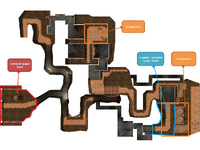 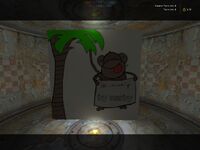 Easter Egg under the map
Add a photo to this gallery

Retrieved from "https://cso.fandom.com/wiki/Airstrip?oldid=232519"
Community content is available under CC-BY-SA unless otherwise noted.