This uniform is worn by Alice when she invaded into Kronos Company’s rival top executive house as a maid. She has completed the mission without any problems due to her understanding of high society culture.

This model was released alongside Yuri (Limited Edition) on:

She attains most of her look from the original model

She now wears a navy blue maid uniform, A hairband with matching color, light blue tie, a bracelet with bunny brown doll decoration on her left hand, A pair of tights which covered most of her legs, and a high heels matching with her uniform 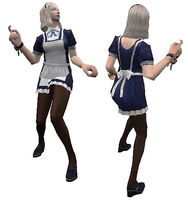 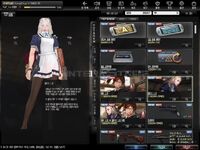 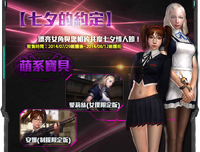 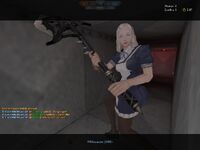