spider
Arachne is a zombie type in Counter-Strike Online.

This zombie class is exclusive to Zombie 5: Rise.

Arachne is a modified human with the Z-VIRUS, after a mutated sample from the Tyrant Crab alongside Tyrant, she is able to shoot spider webs to slow down humans and swing at high places.

Arachne is only available in Zombie Rise mode, after a zombie collects enough S-VIRUS to evolve into either Arachne or Tyrant. 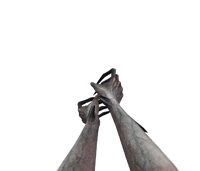