Ballista is a Unique grade equipment in Counter-Strike Online.

A weapon made to kill the undeads. With special weapons technology at the time, it is equipped with 30 rounds of arrows and devastate all enemies in front through the slash-and-burn mode. 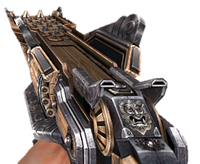 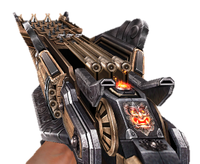 Retrieved from "https://cso.fandom.com/wiki/Ballista?oldid=283791"
Community content is available under CC-BY-SA unless otherwise noted.