Basic mode or simply Basic is a game mode in Counter-Strike Online. 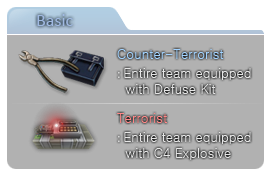 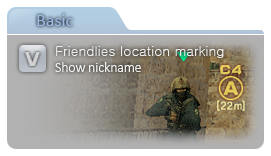 Basic is a combination of both Original and Team Deathmatch modes. There are no shops to buy weapons but there is a 3-weapon-set selection that the player can customize. The 3-weapon-set selections is similar to the one in team deathmatch mode without costing total in-game money for each set. The main objective of this mode depends on the map, which is also similar to Original mode. Players can carry two grenades at a time. Also, there are several tooltips that may help new player. Hit marker function is added to let the player knows if he/she hits the target.

Basic mode uses a new scoreboard for easier reference. The players do not need to press Tab to check the current survival status of their teammates or enemies. The bar on both sides under the team name is the average number of surviving players. How it drops depend on the number of players.

In match, all Counter-Terrorist will get Defuse kits. They can also buy Terrorist's weapons.

In match, all Terrorist will get C4 explosives. They can also buy Counter-Terrorist's weapons. 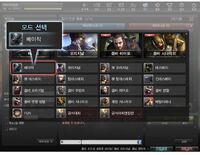 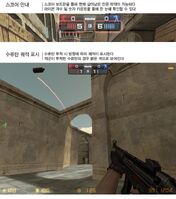 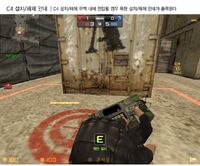 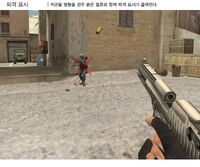 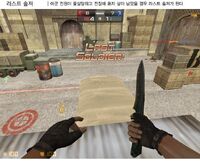 Mark on top of your friends/teammates 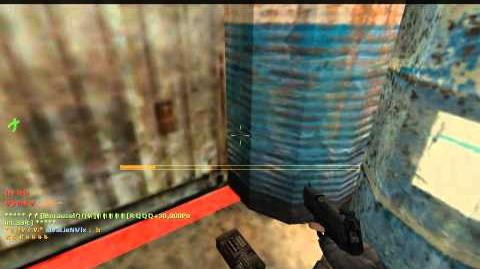