bazooka
The Bazooka is a standard issue weapon in Bazooka Battle mode.

The bazooka is a semi-automatic recoilless rifle which is designed for anti-tank purposes. It deals very high damage to any objects including vehicles.

Players should notice that this weapon: 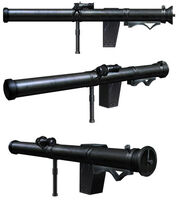 A Guerrilla Warfare member armed with a Bazooka 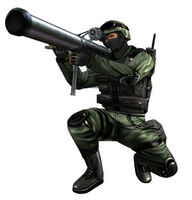 A Seal operative armed with a Bazooka 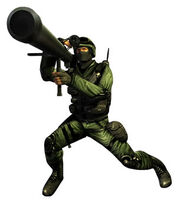 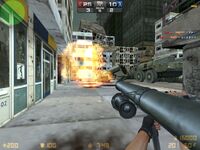 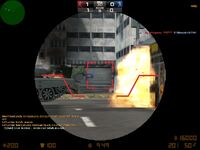