Benelli M3 does high damage in close quarter combat, but its power decreases over range. Each round will spread into twelve pellets which makes it easier to hit the target. Its recoil does not change even when jumping, which will be an advantage for some users to perform the jump-and-fire technique. M3's magazine size is higher that its next generation, Benelli M4. Due to its pump-action, it has low rate of fire, much like a bolt-action sniper rifle. It is not heavy and is good for mobile. It can be fired while reloading.

Can be obtained from Combination System only.

A special version of M3 that is exclusive for Hide and Seek 2.

An Amethyst version of the M3 Boom exclusive for Hide and Seek 2. 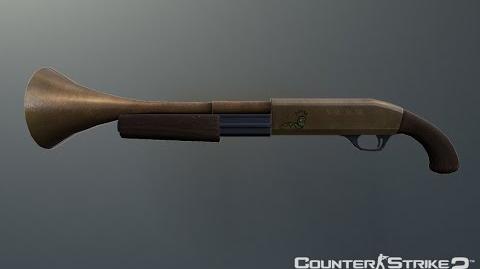