For her Terrorist counterpart, see Ritsuka.

Choi Ji Yoon appears in the chapter Chaos as the captain who orders the players to travel through the Rex basement.

She also appears in the Z-VIRUS trailer, investigating a lab. Suddenly, Sting Finger appears and attacks her from behind. She tries to escape and encounters a Venom Guard. Fortunately, she gets an M32 MGL on the ground to defend.

This model was released alongside Ritsuka and Double Agent Package on:

She has black short hair tied up, her hair bangs almost covered one of her eye, her eye color is brown.

She wore a pair of glasses, pair earrings, dark blue coat with matching mini skirt, unbuttoned white shirt, revealing a her bra and a butterfly tattoo on her left breast, silver watch on her left arm, tights, and a pair of black high heels 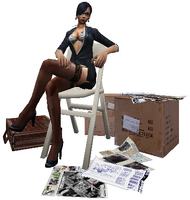 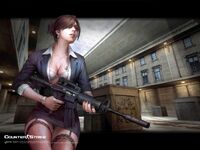 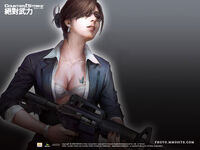 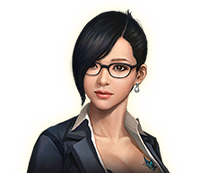 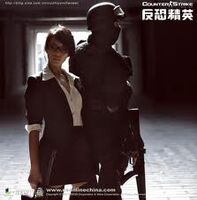 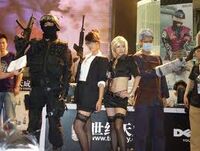 Ditto, with GIGN and Jennifer 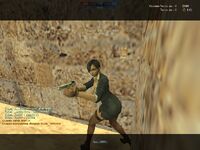 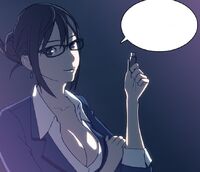 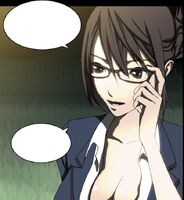 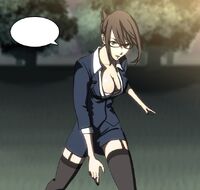 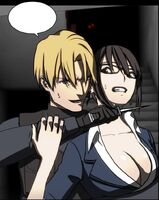 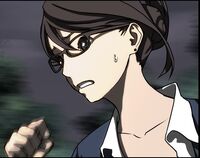 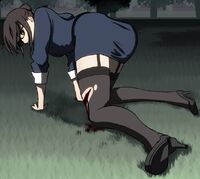 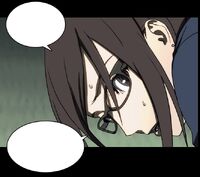 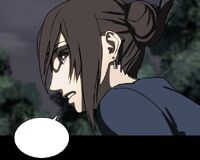 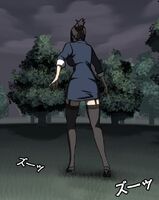 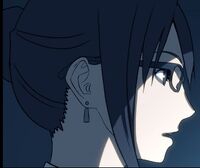 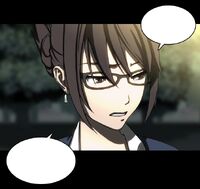 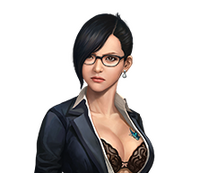 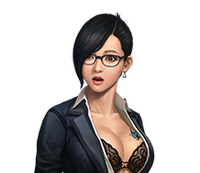 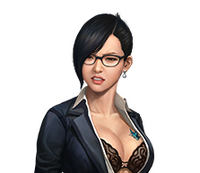 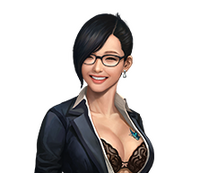 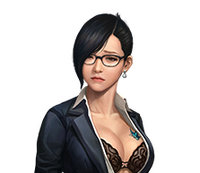 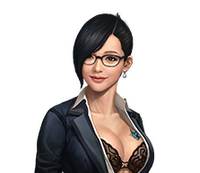 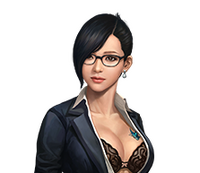