Sergeant Choi Ji Yoon is a female character in Counter-Terrorist in Counter-Strike Online 2.

This is the special edition of Choi Ji Yoon obtainable from Red Fortune Box event by collecting 50 coupons of her whilst playing.

Choi Ji Yoon used to studied ballet, but her father, as a colonel in the Air Force Non-Commissioned Officer, wants her to work for the Department.

However, she could not resist a tight military life because of her bohemian lifestyle. Now, after her military service career ends, she chooses to serve the country by contributing for the Network Information Service (NIS). 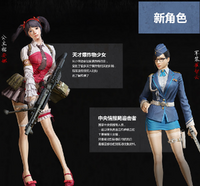 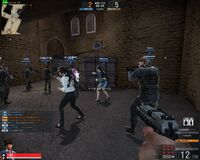 Retrieved from "https://cso.fandom.com/wiki/Choi_Ji_Yoon_(Limited_Edition)/CSO2?oldid=259858"
Community content is available under CC-BY-SA unless otherwise noted.