Christmas Box is an event-based item in Counter-Strike Online.

A special box containing X-mas weapons which appear during Christmas event. Click Use button to get an X-mas weapon randomly.

Note that the weapons can either be permanent or duration (1/3/10/30 days) based.

This box was released on 18 December 2014. Player will obtain 1 Christmas Box upon logging in each day during event. For each 30 minutes of gameplay, the player will obtain more boxes, can obtain 4 boxes/day in total (90 minutes).

This box was released on 17 December 2014. Players will obtain 1 Christmas Box upon first logging in login during event. 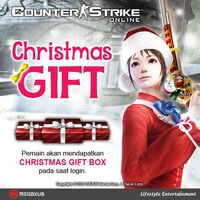 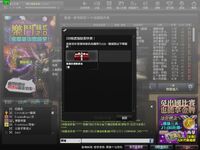 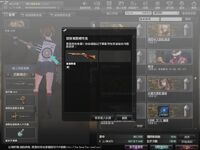