Ruined old section of a city

City of Damned (zsh_deadcity) was a Zombie Shelter map in Counter-Strike Online.

You should collect resources to upgrade your shelter and survive the zombies attack in this mode. Create a radio call within the time limit and request for rescue. Destroy the enemy’s shelter to prevent them from upgrading their shelter and from calling for rescue.

City of Damned was released alongside Lightning LZ-1 and Lightning HZ-1 on:

City of Damned was released alongside the resale of AT4-CS and HK23E (for Weapon Enhancement) on:

City of Damned was removed alongside the release of New Zombie Shelter on: 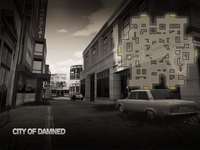 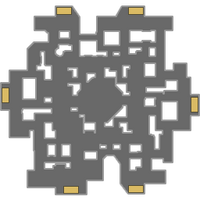 Singapore/Malaysia poster
Add a photo to this gallery

Retrieved from "https://cso.fandom.com/wiki/City_of_Damned_(Old)?oldid=232225"
Community content is available under CC-BY-SA unless otherwise noted.