Commander Victor is the commander of the rescue team after the zombie incident in Lost City. He appears in Desert Storm and Hellfire as the guiding NPC. Commander Victor also makes an appearance in Illusion when the players are fighting Fallen Titan.

In Zombie Scenario: Season 6, Commander Victor appears again in Episode Victor chapter. His exclusive model can be obtained at random after completing the chapter.

Commander Victor appoints several daily missions and all honor missions for the players. He will give medals for those who have completed their honor missions.

He has blonde hair and a goatee, His eye color is blue

He wore green military shirt with black kevlar, A pair of sunglasses, A pistol holster on his right leg, A brown belt, And a pair of black boots 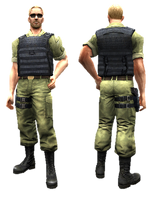 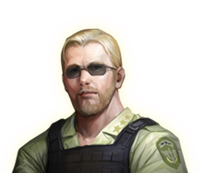 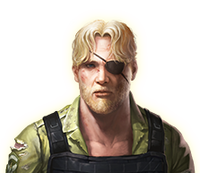 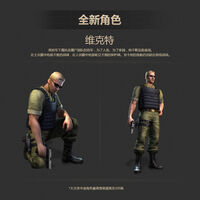