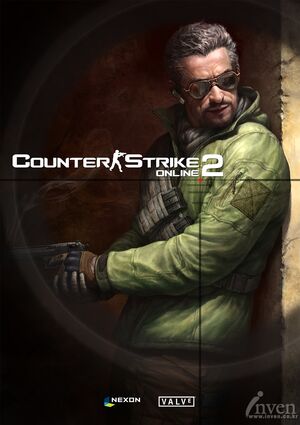 As stated in the press release...

During the Closed Beta Testing (CBT) in Korean region, beta testers can only play during the event period. Maps were heavily modified versions of the Counter-Strike: Source's with new details, textures, models and so on. The inventory, or barracks, has improved significantly to a simple, small yet with gentle learning curve menu compared to the original in Counter-Strike Online.

These are the modes so far:

In this training, you'll play as a Terrorist, which later maybe killed by Leet as he finds out you are an undercover cop. This training was added into Campaign mode as the first mission in later updates.

These are the maps available so far in Counter-Strike Online 2:

Different than CSO that only counts until multi kill (Except Human Scenario), the kill system in CSO2 expands:

In addition, new icons are presented whenever a player kills with a:

Some special icons also were introduced: 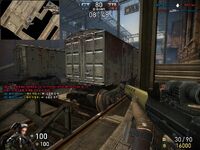 Tip for Team Deathmatch
Add a photo to this gallery

Key Player
Add a photo to this gallery

Retrieved from "https://cso.fandom.com/wiki/Counter-Strike_Online_2?oldid=266736"
Community content is available under CC-BY-SA unless otherwise noted.