Craft is a system where the players can enhance weapons, assemble materials, manufacture weapons, disassemble items and paint their weapons.

In this section, the players are able to enhance their weapons. The weapons can be enhanced in damage, accuracy, recoil, fusillade, weight and magazine size aspects. For every enhancement, enhancement kits are required to use.

Durability item and weapon recipe can be obtained from killing enemies during gameplay, from Battlefield Supply, or by disassembling items. They can be assembled to get more powerful durability or recipe.

A player needs to have a weapon recipe and durability item to start a manufacture. Manufacturing a weapon will need some game points, the cost will depend on the type of Durability to be crafted.

There are two support items that can be bought in Shop to increase the chance to manufacture something, commonly used along with rare weapon recipes.

High grade weapons, characters, costumes and other items when disassembled will result in obtaining items that are weapon recipes, durability items and shorter-duration weapons (very rare).

On 19 December 2013, craft has been rebooted in South Korea. Many new features and modifications have been made. 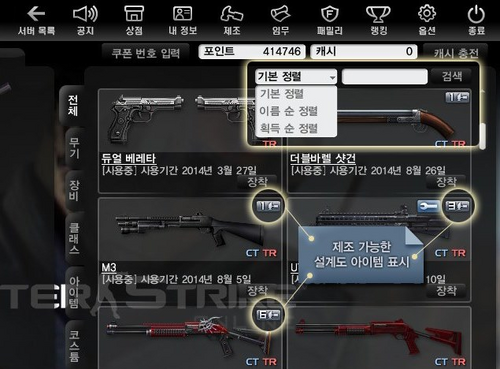 The weapon recipes are also labelled as A, B, C, D, E and S to show their efficiency toward success assemble. 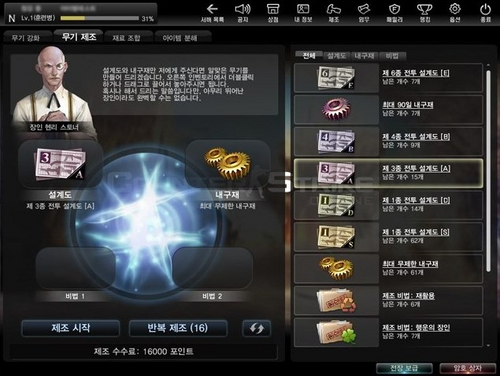 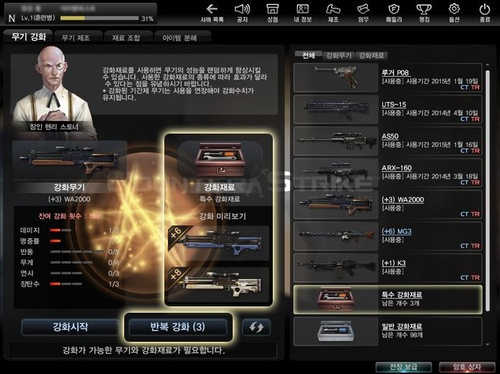 Weapon recipes and durability items can be transferred to other accounts now via Craft Item Duffel Bag. 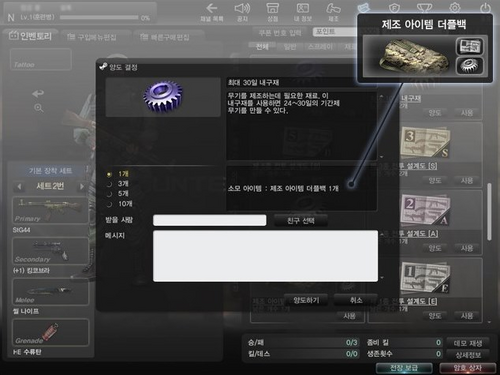 Permanent weapons can be disassembled now. However, it requires a 4-digit password for every disassembly to avoid any irreversible mistakes. 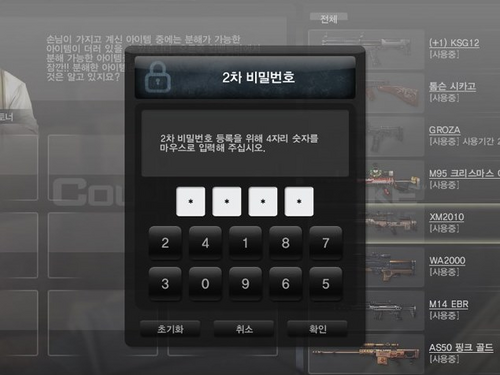 After the 4 December 2014 update of South Korea, this feature was added. The players now can use the paint designs to decorate their own cool weapons.

Combat Blueprint is needed to manufacture a weapon. There are various classes of blueprint that yields different type of weapons. Manufacturing with Grade [S] Blueprints have 0% chance of failure. The Grade [A] have high chance to get a successful manufacture, followed by [B], [C], [D] and [E].

They can be obtained through roulette, by killing enemies or by disassembling weapons. The weapons crafted have various duration depending on which durability material is used.

These items can be used in craft to either increase the success percentage or recycle the craft items should the craft fail.

This section is only available in Counter-Strike Nexon: Zombies. 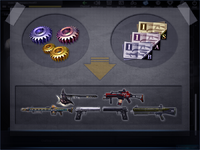 Durables and Blueprints allow you to Craft new and powerful weapons. 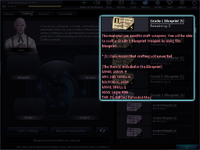 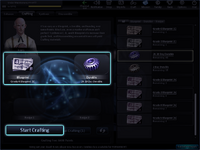 Once you are ready, press the Start Crafting button. 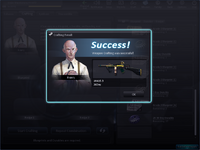 A higher quality of Blueprint (S, A, B, etc.), means a better success rate for Crafting. The crafted weapon's expiration date is determined by what Durables are used. 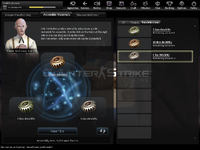 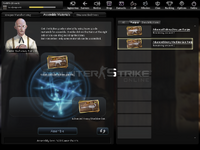 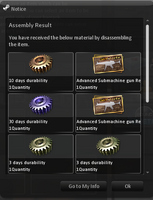 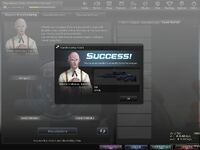 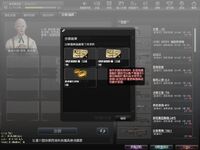 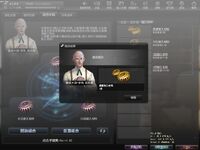 Assemble 3 90-Days durabilities to get one Permanent durability

Notice when a player got permanent weapon from crafting 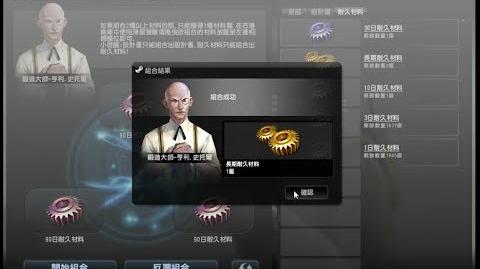 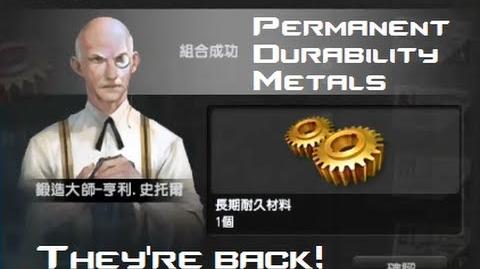 After the Free Update of South Korea, there are several changes to the Craft sytem: 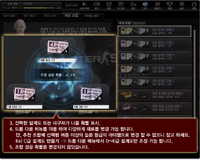 Graphical show of available weapons from the blueprint