DIY was an event mode in Counter-Strike Online 2. It has been removed after a play testing period of around two weeks of its release.

The DIY mode is a PvP mode where players can build their own maps.

The gameplay is divided into "building time" and "battle time". During building time, players can select objects to build their location by pressing C key. Similar to Zombie House, the players are equipped with a Pipe Wrench to fix or select the objects.

After that, battle time begins. The battle time is a Team Deathmatch style gameplay, where the first team to reach the stated goals will win the match. 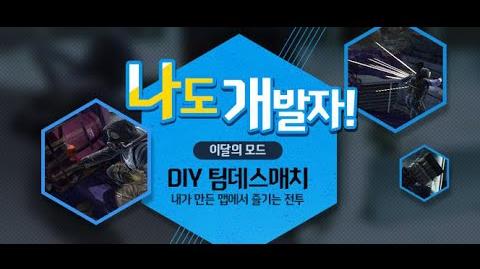