Daewoo K1A or ROK-1A is a self-loading submachine gun in Counter-Strike Online 2.

Although classed in submachine gun, K1A is really an assault rifle. It is really cheap and the most recommended weapon when low on money. It uses 5.56 NATO cartridge, which is commonly used by rifles.

The player can choose to unlock the K1A instead of buying from shop, by collecting 120 kill points from Daewoo K5. 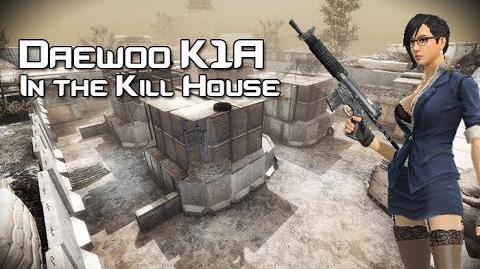