USAS-12 is a 20 rounds shotgun that can be fired automatically. It does moderate damage but heavy in term of weight.

USAS-12 Camouflage is a jungle-painted USAS that deals higher damage, has a higher fire rate and lighter than the original weapon. It can be obtained from special event or Code Box. It can be purchased by the Counter-Terrorist too.

SKULL-11 is the anti-zombie variant of USAS-12. It has higher firepower, fire rate and even lighter. Thus, it has narrow spread that is useful in engaging enemies in long range.

CROW-11 is an anti-zombie variant of USAS-12 that is equipped with CROW Reload System for faster reloading.

This is a shotgun remodelled after the Daewoo USAS-12 fed with 20 rounds of 12 Gauge. It's equipped with TURBULENT Engine System to make fast fire possible.

A variant of USAS-12 obtainable from Season 1 Compensation. Has larger magazine capacity (25) and does higher damage in Zombie modes and Zombie Scenario. 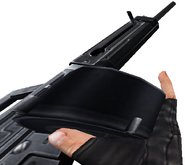 A Guerrilla Warfare member armed with a USAS-12 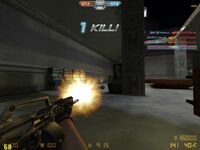 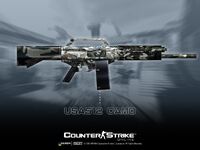 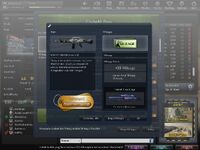