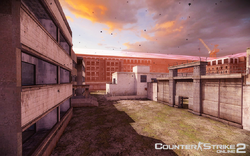 The reality of Z City was gradually revealed. After a massive explosion, the mean streets were covered with black ash and the doors of the bulkheads were opened to the outside of the city. A deserted desert where the existence of life can not be found outside the city. But the laser fence over the desert still gives the impression that someone is in control of the area.