This weapon is obtainable from Divine Fragment.

An ultimate weapon of the heavens, created with celestial technology. Allows the wielder to fire 50 scatter-shot rounds, summon Purifying Wings to burn enemies who approach, and draw energy from the wings to blast foes with Purifying Light.

Obtain all cards to get a permanent Divine Blaster.

Collect all cards to get Kal-El's Gift Box. 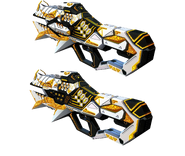 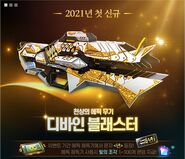 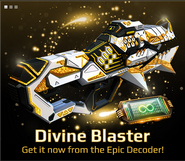