For his Terrorist counterpart, see Alin.

Dominique is a Counter-Terrorist character obtainable through Code Box in Counter-Strike Online.

This character can be obtained from Code Box.

Dominique is Asian-origin and taken to bring the Super Soldier project. However, he managed to escape by joining the Counter-Terrorist force. He is interested with Alin's breakdance skill, who he met back in the Super Soldier Program.

This character was released on:

He has combed brown hair, One of his teeth is gold, And his eye color is silver

He wears unbutonned nylon cyan clothes with white suspenders to expose his heart shaped chest hair, It's decorated with blue flower pin. He has golden wristwatch, Wears black pants with belt with the letter 'A' on it's head and black shoes. And he also wear white bow tie, Tied to his neck 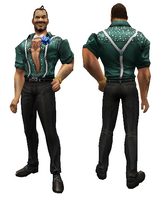 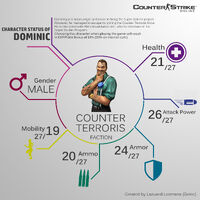 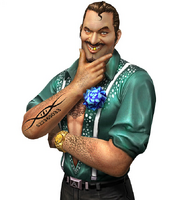 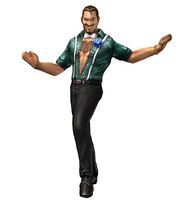 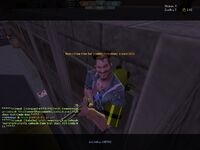 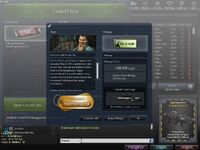