The Dragon Knife is a melee weapon which is only purchasable with cash points during special events.

Once owned by an ancient Emperor, his soul got eventually trapped within this knife. The Emperor had tried everything to leave this weapon. After a hundred years, he finally managed to escape from the knife, only to realize that he didn't completely escape. His soul got separated into 3 parts; two of the 3 parts got trapped within the M4A1 Dragon and the AK-47 Dragon. As the myth goes, get all 3 parts of the Emperor's soul and you will obtain the 'dragon set'. Only then will you be given a special ability. Believe it or not?

The Dragon knife, shares the same animation and function as the Seal knife, but does slightly higher damage than the Seal Knife. However if you are lucky, you can instantly kill someone using the "stab" attack. The only difference between these two weapons is the skins. If the player owns this melee weapon, he/she can perform the 'fast reload' skill if he/she owns the AK-47 Dragon or the M4A1 Dragon. 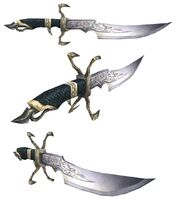 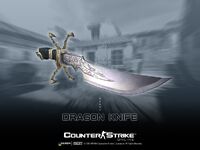 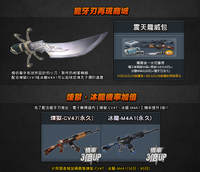 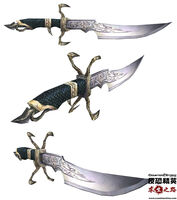 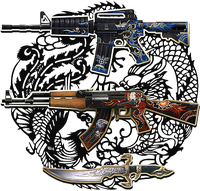 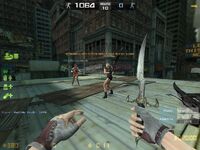 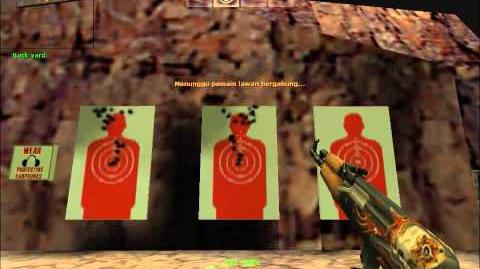 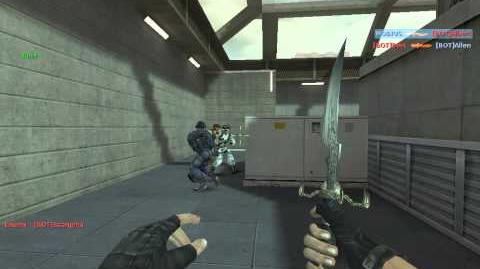