Counter Strike Online Wiki
Register
Don't have an account?
Sign In
Advertisement
in: Unique (Grade), B (Normal), A (Zombie),
and 14 more

The Dual MP7A1 is a dual-wielded submachine gun exclusive Zombie: The Hero. It can be obtained randomly by players if they are selected as a Sidekick and is not purchasable. However, players still can obtain it randomly for 1 usage if they kill 1000 zombies in newly released Zombie Scenario maps for each region.

The Dual MP7A1 is a good weapon for hunting zombies. It has light weight and a high rate of fire, but with weak penetration power.

The player can obtain this weapon for 1 usage in the next game upon completion of 1000 kills in every newly-released Zombie Scenario maps. It will be a spawn weapon, replacing the K3. After the next game is completed, it will expire.

This event was held for only a limited amount of time, when a new Zombie Scenario map is released. 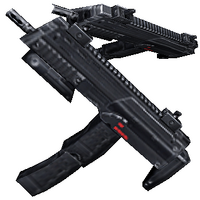 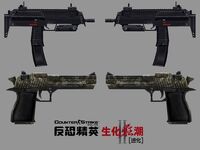 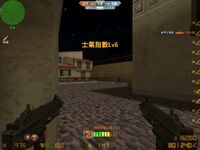