For his Counter-Terrorist teammate, see Lucia.

For his Terrorist counterpart, see Raven.

This is a unique emotion class which is allowed to use 2 special emotions, 'Show-off power/Dance'.

This model was released alongside Lucia and Marine Force Package on:

He has spike styled blonde hair and blue eyes

He wore a white and blue stripped marine shirt, A brown belt with silver head, A watch on his left arm, A pair of sunglasses over his head, White marine pants, A tattoo on his left arm, And a pair of white shoes 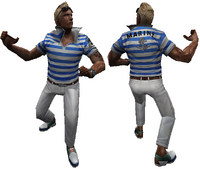 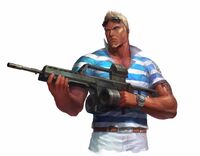 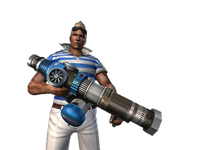 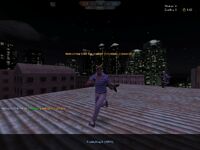 Retrieved from "https://cso.fandom.com/wiki/Enzo?oldid=279661"
Community content is available under CC-BY-SA unless otherwise noted.