The FAMAS F1 is a bullpup-style assault rifle which is fed with 25 rounds of 5.56mm NATO. It became the French Army's standard service rifle in the 1970s. This rifle is cheap, stable and accurate. It can be triggered to three-round burst fire mode.

This is a bullpup style assault rifle which holds 30 rounds for each round with 5.56mm. Its reliability and stability have been enhanced by improving the weakness of L85A1. Its second mode support a three-round burst.

This is a weapon which holds 25 rounds for each round with 5.56mm. It is recreated as a new weapon through an actual battle in fierce battlefield. 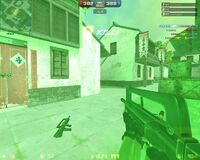 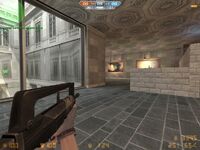