FNP-45 is a semi-auto pistol in Counter-Strike Online.

A stable and balanced .45 caliber pistol that holds 15 rounds. This is the next generation JCP (Joint Combat Pistol) that was built in 2007 to compete with M&P45 and HK-45, as well as other .45 caliber pistols.

This weapon can be obtained by participating in the Special Mission event:

This weapon can be obtained for permanent by completing these conditions:

This and the Battle version can be obtained from Battlefield Supply for permanent. 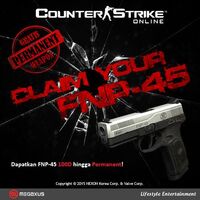 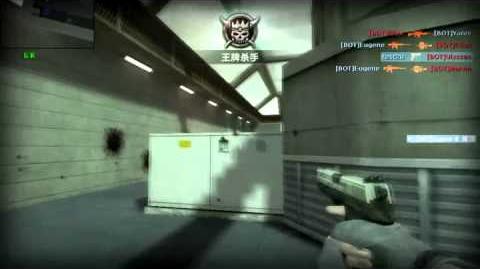 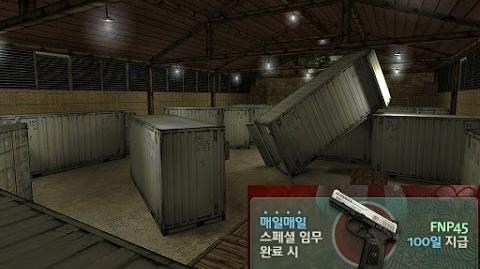 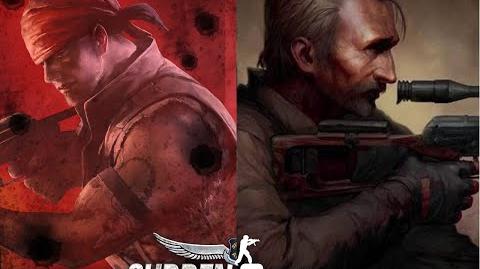 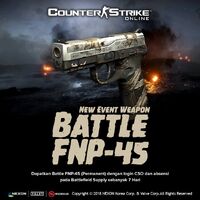 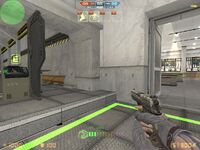 Retrieved from "https://cso.fandom.com/wiki/FNP-45?oldid=282998"
Community content is available under CC-BY-SA unless otherwise noted.