The Fabrique Nationale Five-seveN 5.7×28mm or simply Five-seveN is a high accuracy and rate of fire pistol in Counter-Strike series. It is purchasable with game points for Singapore/Malaysia and Indonesia version of Counter-Strike Online.

The Five-seveN is a pistol fed with 5.7x28mm cartridges and it's made in Belgium. It's the most accurate pistol in the game, therefore it's optimal to use in middle ranges or as a back-up pistol. Although it does low damage per bullet, it has high magazine capacity.

A pistol that uses 50 5.7×28mm explosive rounds and explodes when it hits the target. A special function is activated when shooting more than a certain number of times. 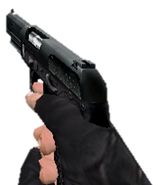 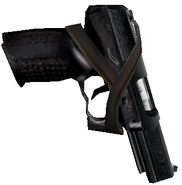 A GIGN operative with a Five-seveN in his holster 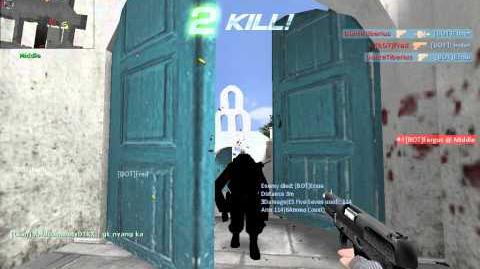