The Mk 48 is a light machine gun chambered with 120 rounds of 7.62 NATO cartridges that deals more damage than its original model, the M249. It has stable accuracy, moderate recoil and has a usable scope. However, this machine gun has low rate of fire and takes longer time to reload.

This is an anti-zombie machine gun fed with 120 rounds of 7.62 NATO. It is developed by the Aegis Institute and based on the Belgian MK48. It is equipped with the Thanatos Blade System which can deal continuously high damage to multiple targets inside the blades' radius.

Developed by Aegis Institute based on the MK48, this machine gun is fed with 120 rounds of 7.62 NATO. It is applied with Vulcanus Parts System making it able to release laser trails which follow-through bullets along with a missile launcher to finish off multiple targets in a large area of effect.

This feature has been removed in all regions

FN Mk 48 could undergo Weapon Enhancement to upgrade its performance. It got officially removed from CSN:S during an unknown update in 2019-2020

As of an unknown update, the Rate of Fire and Recoil enhancements don't have much effect. Both change the stat by just 0.1 point for each enhancement. The best enhancement for this weapon is to ignore both and apply all 8 to the other stats, which can all be completely maximized.

A SAS operative armed with an Mk 48 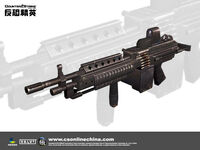 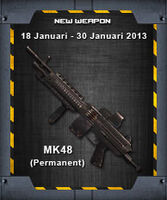 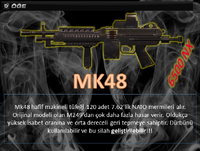 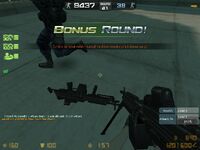 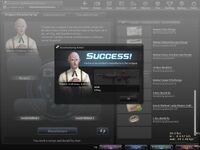 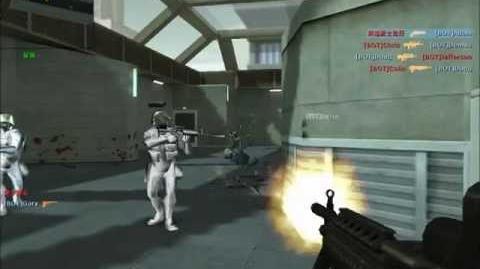 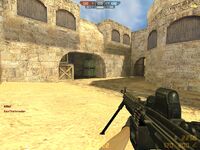 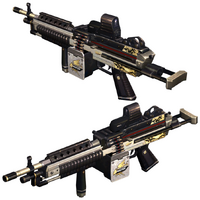 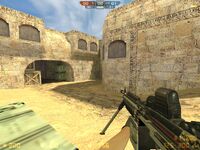 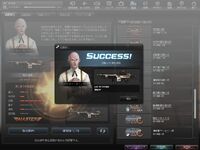