FN SCAR (Fabrique Nationale Special Combat Assault Rifle) is a free edition assault rifle in Counter-Strike Online. Through an upgrade event, it can be upgraded to SCAR-L limited edition. The SCAR-L limited edition can be disassembled and reassembled to be an FN SCAR H by choosing its Heavy variant with the key 1. SCAR-L's terrorist counterpart is the XM8 Carbine.

This assault rifle can fire 30 rounds of 5.56mm ammo or 20 rounds of 7.62mm ammo by changing the barrel. Its flexibility allows it to be used under various tactical strategies.

FN SCAR H can be disassembled and reassembled between its light and heavy configuration by choosing with the key 1.

SCAR OZ-A is a variant based on FN SCAR L produced by Oz Factory.

SCAR OZ-B is upgraded from the OZ-A. The magazine capacity was expanded to 35 rounds.

SCAR OZ-C is upgraded from the OZ-B. The magazine capacity was expanded to 40 rounds and was fitted with a sniper scope.

SCAR OZ-D is upgraded from the OZ-C. The rate of fire increases when shooting. The magazine capacity was expanded to 45 rounds and was fitted with a grenade launcher.

A Seal operative with a SCAR L 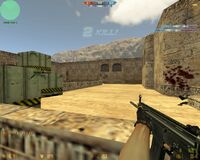 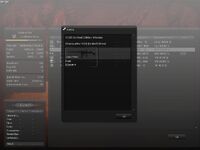