Female Researcher or simply Researcher is a manhwa character in Zombie Escape manga.

The female researcher is a young female off average height. She has brownish hair and gem-like aqua eyes. She generally wears her standard researcher outfit, with blood on it, believing she had been attacked or blood was splashed onto her. She can be seen holding onto a document tightly and might have been a very important document, holding the information of the virus incident.

The Female Researcher was a survivor of the Rex Virus Incident, where researchers turned into zombies and eventually causing them to infect the others. The whole institute was filled with zombies. She encountered David; after getting her hair pulled by a zombie, he saved her. She followed David throughout the story and was eventually shot in the knee by the same person.

She held onto an important confidential document, but was later turned into a Sting Finger. She is said to be Choi Ji Yoon's sister. 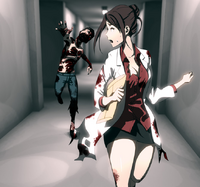 First appereance, being chased by a Zombie

Getting her hair pulled

After rescued by David 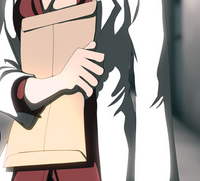 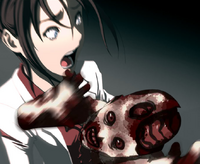 Surprised by a Zombie 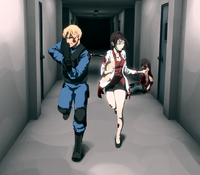 Panicked when see David fell from the stairs

Want to take a weapon from a corpse

Shot in the knee 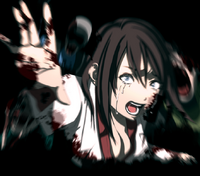 Taken down by Zombies 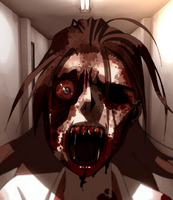 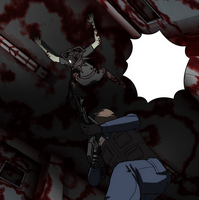