Flag Capture is a Submode for Big City in Counter-Strike Online 2.

This is a PvPvE (Player vs Player vs Environment) based sub-mode. Both Terrorists and Counter-Terrorists fight to capture as many control points on the map until the time runs out. The winning team is declared and the round restarts. Soldiers on both teams patrol areas controlled by the factions. This mode features: 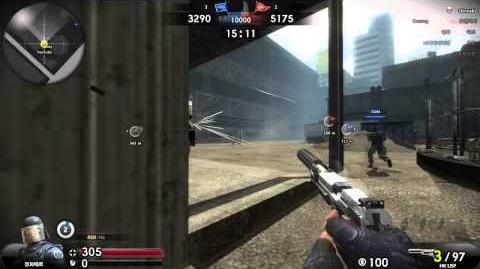