Nearby an illegal chemical research area, there is a facility to dispose remaining chemical waste from the research. However, it has been stopped for a pretty long time. Now, this place becomes a resting ground for zombies that strengthened from various chemical wastes.

Forbidden takes place in an abandoned factory. This map is very large and has many camp spots like ducts and wall edges. It has some exploding tanks under the bridge that will explode when the players shoot it. The water inside the map is poisoned, so all players will take damage when the they are touching the water.

This map was released alongside Z-VIRUS patch on: 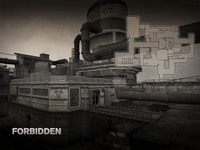 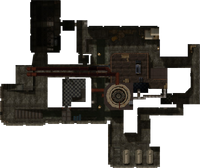