Glock 18 is the spawn pistol to the Terrorist team. It is fed with 20 rounds of 9mm caliber and takes 2.0 seconds to reload. Overall, it has low firepower but it has no recoil even fired continuously and can be fired in three burst.

The Red Glock is produced in limited quantity and with additional damage.

A battle-scarred Glock 18 obtainable from Letter Find event. Its secondary fire will activate full-auto firing mode instead of toggling burst-fire.

Based on the Cowardly Lion from the Wizard of Oz series. It can be fired in both semi-automatic and full-automatic modes. It also has an extended magazine (25 rounds). When equipped alongside other Wizard of Oz set:

A remodeled version of Glock 18 with a 50-round drum magazine. It can be reloaded quickly when hitting the R button at the right time during reloading with its CROW Reload System. It can also be fired in automatic. 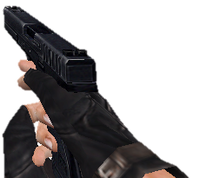 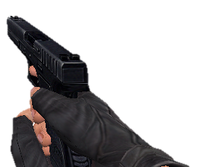 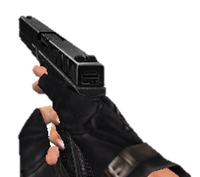 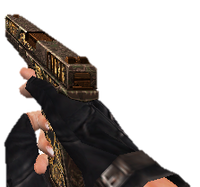 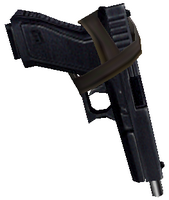 A Midwest Militia with a Glock in his holster 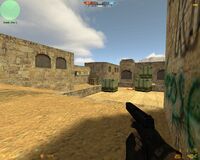 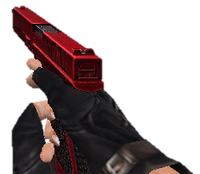 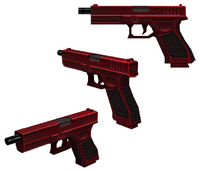 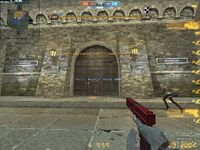 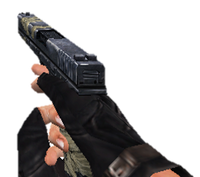 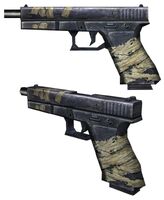 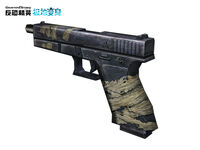 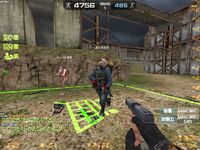 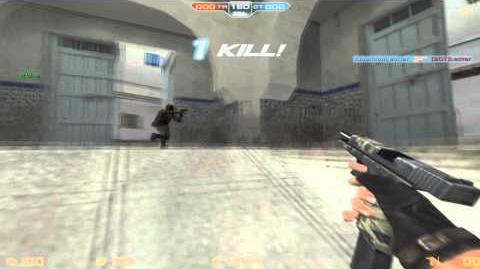 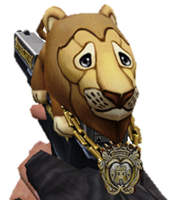 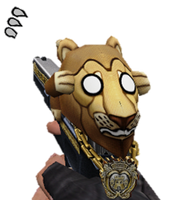 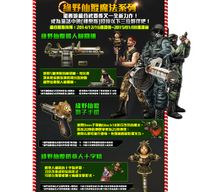 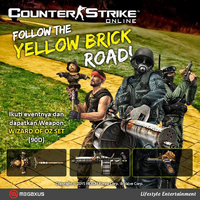 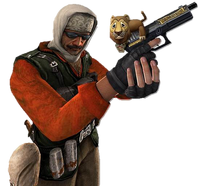 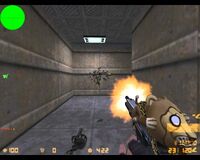 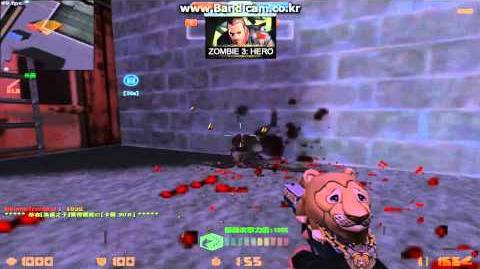 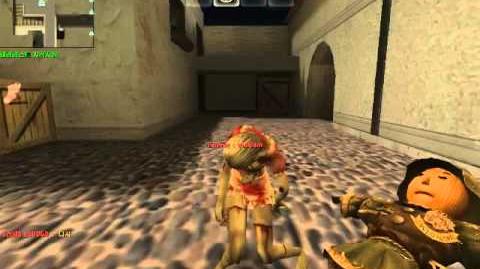