Counter Strike Online Wiki
Register
Don't have an account?
Sign In
Advertisement
in: Unique (Grade), B (Normal), B (Zombie),
and 8 more

Green Dragon Blade (青龍偃月刀 Qīng Lóng Yǎn Yuè Dāo, Green Dragon Crescent Moon Blade) is a part of the Dragon firearms that was available during the Bingo Event. It is now available from Top 50 Decoder.

A crescent shaped blade that was used by Guan Yu, a great commander during the Three Kingdoms period. The weapon's shaft features a Green Dragon biting the blade with a flame pattern carved into the blade. With this weapon, one can attack the enemy with a strong attack which fully utilizes the reach of its long blade.

Enhanced version of the Green Dragon Blade. It has better damage output and movement speed. It can be enhanced under Premium Weapon Enhancement feature.

It is a crescent-shaped figure that is widely known by Guan Yu, a master of the Three Kingdoms era in China. Overpower your enemies with powerful attacks that take full advantage of the long sword. 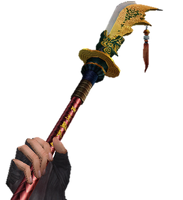 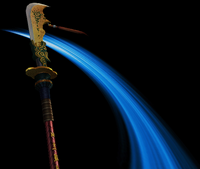 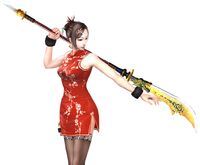 May with Green Dragon Blade 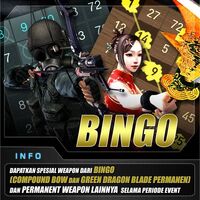 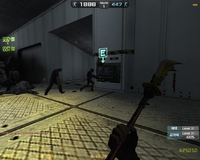 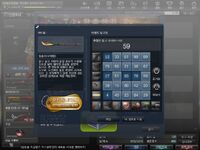 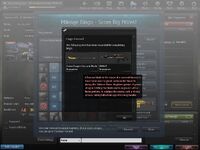 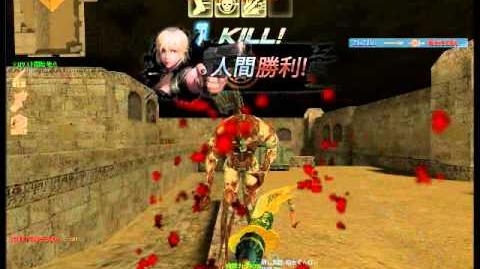 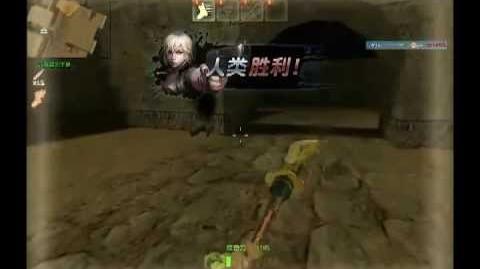 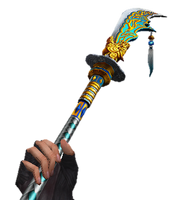 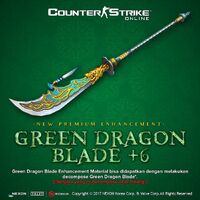 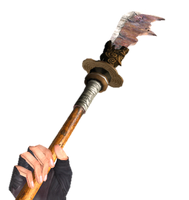