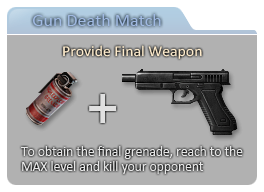 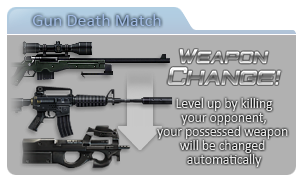 Based on Team Deathmatch, this mode only has one extended round. When starting the game, the players are given strong weapons. If the player kills a certain amount of enemy, weaker weapons are given and so on. The last weapon is Glock 18. If the player managed to kill an enemy with Glock 18 the player will be able to get the HE Grenade. If he/she uses it to kill an enemy, the match will be over and his/her team will be chosen as the winner.

These are the maps available:

Weapons wielded will be changed to the next weapon after killing 2 ~ 4 enemies, depending on the level. In total, you will need exactly 60 kills to get max level.

This item can be purchased for cash. It increases the percentage of the player to receive cash weapons during Gun Deathmatch gameplay. 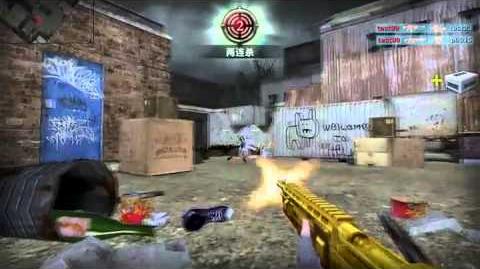 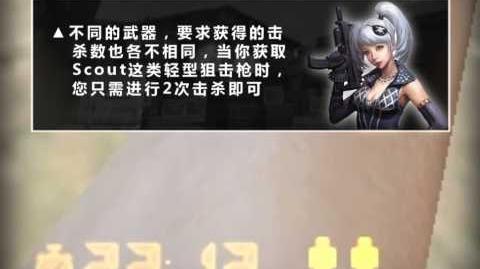 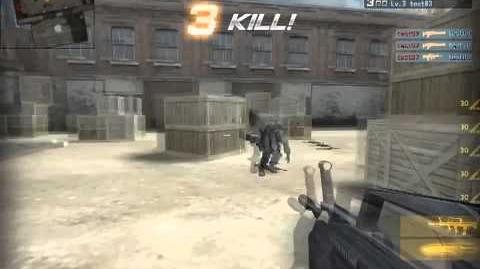