HK416 is a Counter-Terrorist assault rifle in Counter-Strike Online.

The HK416 is fed with 30 rounds of 5.56 NATO cartridge. It has been developed by cooperating with Delta Force to replace the obsolete M4A1. It utilizes the gas piston method for firing and its usage is multi-purpose with its modularized system.

JANUS-5 is a prototype version of HK416 developed by Aegis Institute. It is fed with 30 5.56 NATO rounds and equipped with Janus Transformation System that can do tremendous damage when hitting the same target. 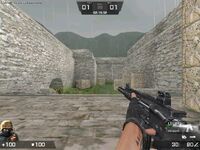 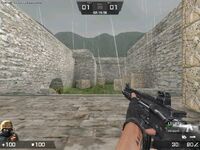 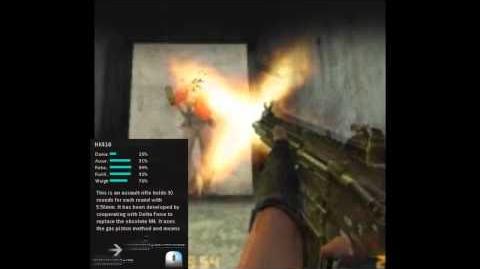