HK G36K is an assault rifle in Counter-Strike Online 2.

HK G36K is a German assault rifle fed with 30 rounds of 5.56 NATO that has decent performance. The biggest feature is that it uses a paired magazine, making a very fast reloading during the first time, but slower in the second time.

The player can choose to unlock the G36K instead of buying from shop, by collecting 300 kill points from G3KA4. 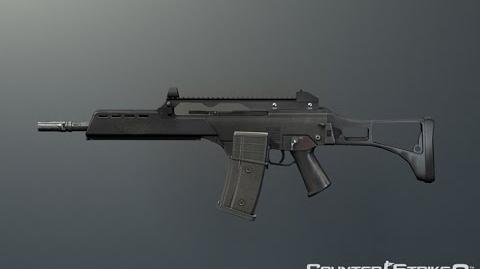