Hidden City (hd_harlem) is a Hidden map in Counter-Strike Online.

This is a deathmatch-style map. When the round starts, one player will be chosen to become a Joker (or Mr. Hidden in Counter-Strike Nexon: Zombies and some regions of Counter-Strike Online).

The Joker has 300 health power, 100 armor points and is invisible. He attacks humans with his staff. The humans must find and kill the Joker and the human that succeeded to kill him will become the next Joker. There's a 5 seconds delay before the next Joker spawns. 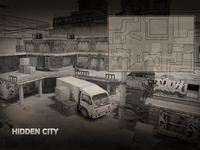 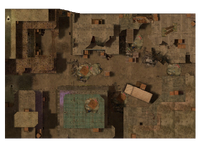 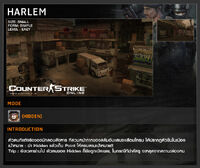 Thailand poster
Add a photo to this gallery
Retrieved from "https://cso.fandom.com/wiki/Harlem?oldid=251522"
Community content is available under CC-BY-SA unless otherwise noted.