Heavy Titan is the commander of Vanguard troop in Human Scenario.

The Heavy Titan has a new camouflaged skin, as well as some major buffs over the regular Titan. He appears in all Human Scenario Maps. 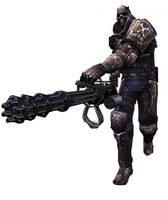 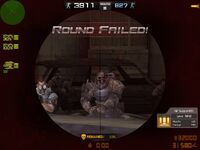