Hell Fire (hs_hellfire) is the second chapter of Human Scenario in Counter-Strike Online.

Gentleman, you guys had really done a good job until now. They are already heading back but, they will definitely come back soon as the samples are still with us. But, we have a good news! I've got a contact with the third army at the Desert Storm operating area. They have defeated the enemy's aircraft, Comanche and retrieved the record machine.

The black box might need some time to analyze but at least they have found out that the enemy's name is Vanguard Contact. The third army is now planning to pass through the cities occupied by Vanguard Contact, thus they will be joining us soon.

Gentleman, let's pray together for their safety so that they can join us. Tomorrow, we will fight against these enemies together with our comrades.

In Hellfire, you must clear all of the obstacles and reach the final destination. At the destination, you and your team must kill a selective number of enemies for the round to end.

In round two of Hellfire, the Comanche appears once again. You must destroy it to complete the mission and receive Pilot Tag as the reward.

Hellfire was released on: 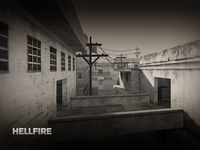 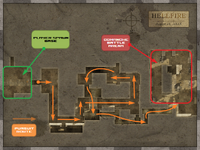 A 707 operative wielding a QBZ-95B in Hellfire 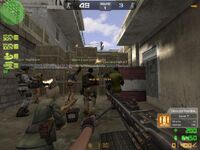 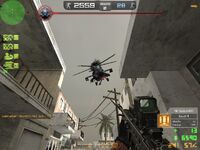 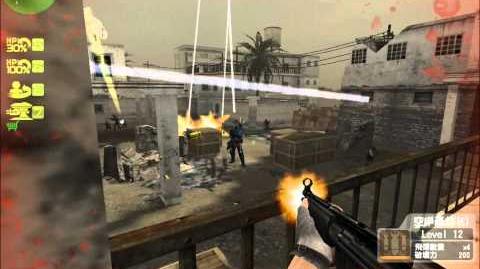