Guardian of the Spirit King

For her Terrorist counterpart, see Kyrix the Brave.
For her original version, see Natasha.

Living a life disconnected from all the world and preparing to prevent the resurrection of the Demon King, who never knows when he will come again in a long time. When nothing happens, she feels bored and starts looking for a new adventure. She accidentally accompany Kyrix for a while. Tired of his personality, her new goal is to meet normal companions. 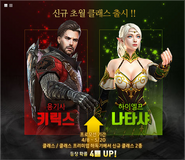 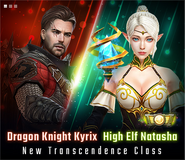 "We cannot allow the Demon Lord to return."

"I seek the kind-hearted companion."