dogzombie
Hound zombie is a zombie appearing in Angra Nest and later chapters.

Hound zombie moves in a high speed and has small size. It can move as fast the player and can chase the player as well as bite them. This zombie must be on the high priority list since it can take a huge chunk off the player's health from its lunge and make the player vulnerable to other zombies. However, they are relatively weak and easy to be eliminated. A howling sound can be heard when it appears. 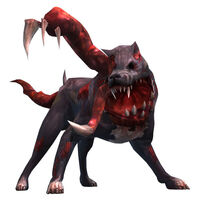 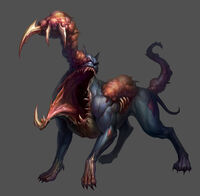 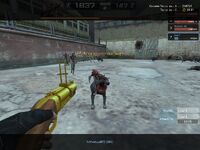