He has black pulled back hair and black eyes

He wore blue floral shirt with matching shorts, A white tank top, A silver bracelet on his left arm, And a pair of blue flip flops 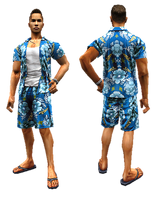 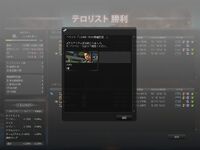